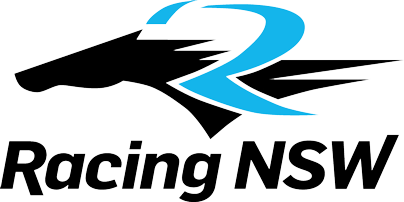 The welfare and safety of jockeys is very important to the racing industry.

A range of issues are reviewed and improved to provide jockeys increased protection from injury and a healthier work environment.
From the raising of minimum weights to bone density studies, the introduction of plastic running rails or the development of a better jockey helmet,
The industry is on a continued program of improvement. Some initiatives are further explained:

Cognitive testing for Jockeys and Apprentices

In 2012, Racing NSW and Racing Australia, in conjunction with the Australian Jockeys’ Association, introduced a Computer Cognitive Assessment Tool (CCAT), by Axon Sports, nationally as a safety initiative. The CCAT is used to assess brain function (cognition) after a concussion or trauma to the head. The CCAT will be used to help assess if the brain has recovered and if it is safe for a rider to return to riding. The CCAT will be used to complement each Principal Racing Authorities’ (PRAs) existing concussion protocol.

The compulsory completion of the annual Baseline test for riders is a licensing requirement that all riders complete. This process is similar to the systems in other sports and provides a safe base for rider’s welfare.

The CCAT is an eight to 10 minute computer based on-line test. There are 4 tasks within the test. No prior learning is required. An account is created for each jockey to take their initial Baseline test. All onscreen instructions are spoken and written.

The results of the Baseline Test are stored for comparison. If a rider suffers a concussion during the year they undertake another CCAT test before being allowed to resume. That is then compared to the stored Baseline test to assess their cognitive function, as part of the clearance process to return to riding.

Read/Print a copy of the Concussion Poster

NATIONAL JOCKEYS SAFETY REVIEW
Racing NSW was a key driver behind the formation of a National Jockey Safety Review Committee NJSRC (now a sub-committee of Racing Australia.
$50,000 each was contributed by Racing NSW, Racing Victoria and Racing & Wagering WA to fund the initial project. The Committee is chaired by Racing NSW Chief Executive Peter V’landys.

View a summary of some of the NJSRC initiatives.

The project set out to test different materials and shapes, to produce a practical helmet that provides greater protection for riders against severe head injury.With the incorporation of new materials, after extensive testing helmet prototypes passed a series of increased drop height tests under different conditions.

Designed after consultation with jockeys including taking headform measurements and discussing vision and comfort issues, the helmets meet the higher standard and produce safer protection more applicable to riding accidents. Commercial release was in 2015.

Sports and Energy drinks,  Caffeine drinks
For health reasons, be careful what you drink on raceday.

Dr Caron Jandor, a qualified Sports Doctor has some advice about the use of Caffeine drinks such as Red Bull:

“Before you consume anything, think about exactly what you are putting in your body.
The best form of drink before or after riding is always water. Sports drinks like Gatorade and Powerade may also be appropriately consumed.
Racing Australia recommends against jockeys using so called “energy” drinks such as Red Bull and other similar products”
Read more.